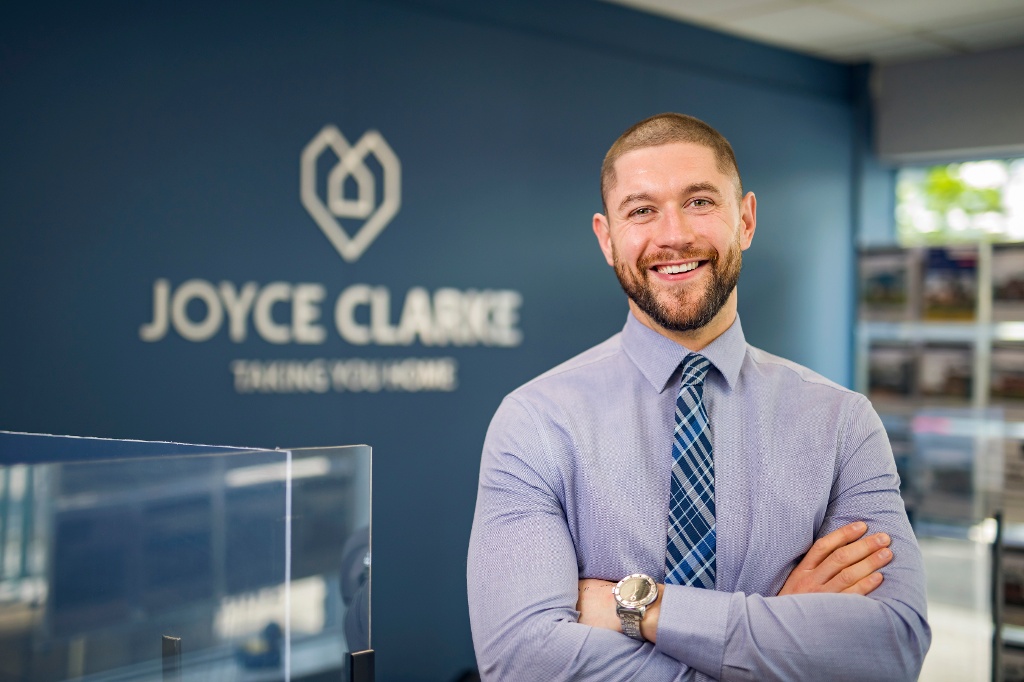 We are delighted to announce that Colin Murphy has been appointed Associated Director at Joyce Clarke Estate Agents.

Since joining the team in 2012 Colin has notched up an exceptional track record , with an incredible number of sales under his belt.

His interest in property began at an early age, and he gained a degree in Housing Management degree at University of Ulster in addition to Bachelor of Science with Second Class Honours and Diploma in Industrial Studies.

Owner of Joyce Clarke Estate Agents, Libby Clarke announced the appointment stating‘Colin has been an integral part of the sales team for over nine years and has a terrific depth of knowledge of Northern Ireland’s property market. As part of a forward thinking company he has travelled to London to various training seminars and been keen to put into practise new skills and ideas. Joyce Clarke have recently completed rebranding in addition to significant investment in bespoke software. We have significantly increased our market share in 2021, and have exciting plans for the future. I am delighted that Colin as Associate Director will be involved in the strategic planning for the business.’

Away from the workplace Colin enjoys spending time with family & friends, has a keen interest in boxing, football and hates missing a work out at the gym!

He is very much a team player within the office, and most importantly is great craic!